George Clooney graciously posed for photos and signed autographs for fans this morning as he made his way back to Elisabetta Canalis's parents' home in Sardinia. He and Elisabetta are in Italy after spending a few weeks in LA, where George was honored at the Emmys for his humanitarian efforts. His latest film, The American, is still going strong at the box office after opening in first place over Labor Day weekend. George's project will face even more competition with four new movies opening today. His promotional efforts for the film aren't over just yet, as he's expected to make an appearance at the London Film Festival this month. 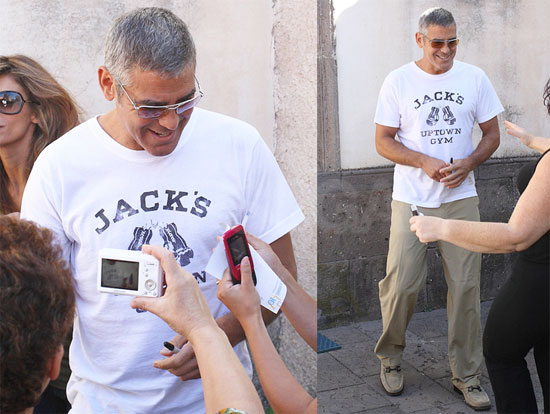 by Brittany Sims 19 hours ago