Gisele Bundchen pushed 10-month-old Benjamin along during a stroll through Central Park in NYC on Friday. The twosome met up with a friend who affectionately kissed Ben's head while mom prepared a snack. Gisele hit the town the evening prior, meeting up with longtime friend, and her ex Leonardo DiCaprio's close pal, Lukas Haas at an event. While Gisele and Benjamin took on the Big Apple, Tom Brady was a few hours north in Boston preparing for yesterday's Patriots vs. Vikings faceoff. Tom led his team to another victory, securing them the best record in the league for the season so far, though the QB sent his well wishes to Brett Favre who injured himself during the game. Sunday was also baby Ben's first Halloween, and one costume we'd love to see the little guy dressed up in is his dad's Pats jersey. 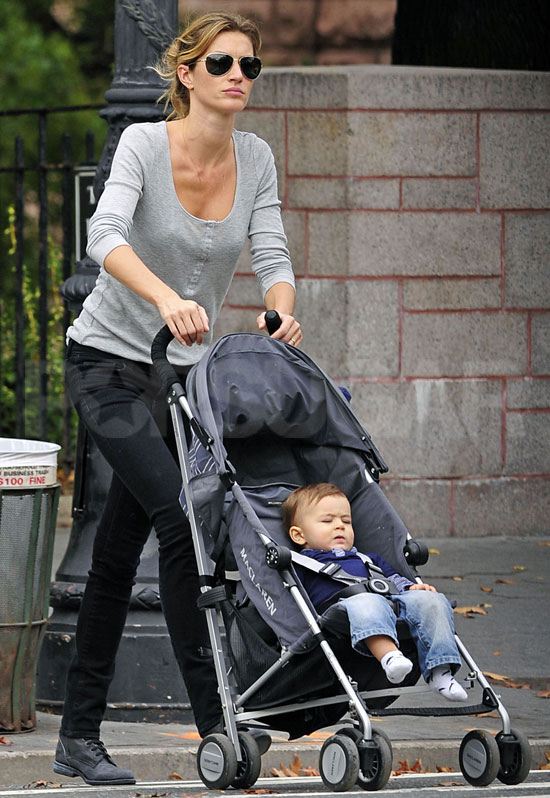