Gisele Bundchen carried Ben out of the car in NYC yesterday. After helping kick off NYFW by hitting the catwalk at the big Fashion's Night Out runway show, Gisele has been laying low rather than gracing the many red carpets around the city. She also had a familial crisis to attend to when her husband Tom Brady got in a car accident in Boston last week. He walked away unscathed and bounced back by signing an enormous contract extension with the Patriots and leading the team to a victory in their first game of the season. Tom's new deal reportedly came with a $16 million signing bonus making him the highest paid player in the NFL, which perfectly matches Gisele's status as the world's number one earning supermodel. Next up, Tom will be coming to join her in New York when his Patriots play Jets this Sunday and hopefully we'll get a glimpse of his gorgeous wife and their cutie son cheering him on from their box. 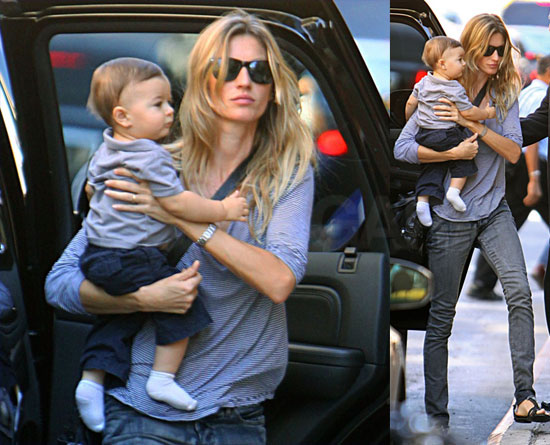