Gisele Bundchen struck a few poses for cameras last night as she headed into the Brazil Gala held at the Metropolitan Museum of Art in NYC. The mother of one must have known that she looked amazing all dressed up in her long, sequined Calvin Klein number, as she flashed a coy smile with her hand on her hip. It was Gisele's second big social evening out in the Big Apple this week, after attending a UN bash on Monday. Her good work continued at the Clinton Global Initiative on Wednesday, when she joined former President Clinton to launch a new healthy water campaign with Pantene. Her stay in the city hasn't only been about philanthropy, though, as she also treated her son Benjamin to a too-cute adventure in Central Park. Gisele's affection for the main men in her life, Benjamin and her husband, Tom, apparently extends to their looks, too. When a sports reporter recently asked Tom about cutting off his long locks, he said, "Ah, you'll have to speak to my wife about that." 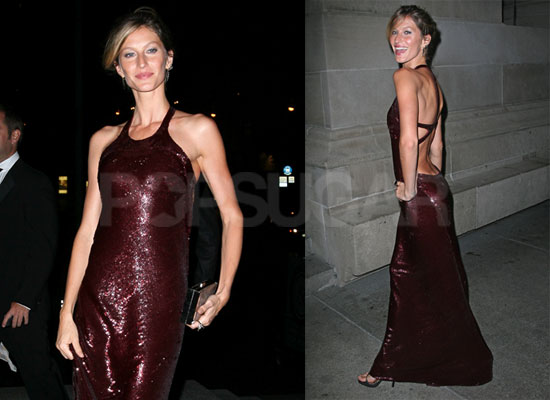 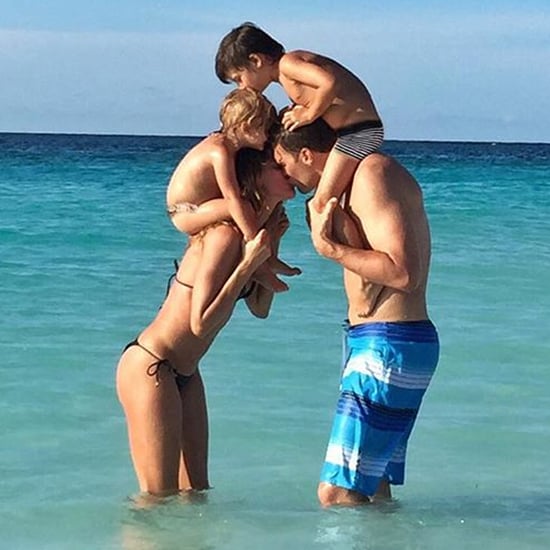