Gisele Bundchen put on a Herve Leger dress yesterday for a promotional appearance on behalf of Pantene in Sao Paulo. She was there to introduce the company's new eco-friendly packaging, which fits right in with Gisele's ongoing environmental activism. Gisele focused on her modeling duties after starting a controversy with her comments on breast-feeding — she clarified her statements, but she seemed to really rile some people up. Her husband, Tom Brady, meanwhile, stayed back in Boston, where he took field with the Patriots as they played a preseason game against Reggie Bush's New Orleans Saints. 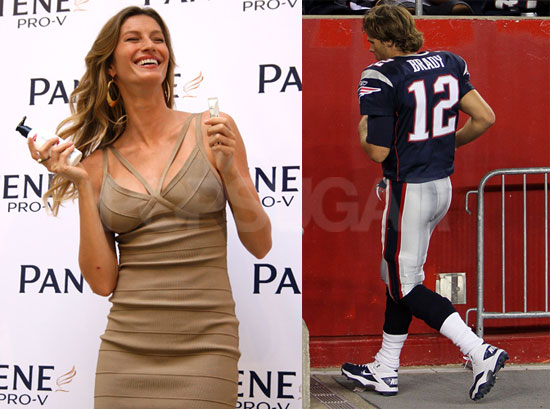 Summer Olympics 2021
Grace Norman Hopes to Defend Her Paralympic Triathlon Title, Then Help Save Lives
by Samantha Brodsky 2 days ago

Workouts
Amber Says Fitness Builds Self-Compassion: "I'm Learning to Love My Body Instead of Hating It"
by Jenny Sugar 2 days ago

Summer Fashion
So, Is "Golfcore" Really a Thing? We Asked 5 Insiders
by Claire Stern 2 days ago

Olympics
En Garde! Here's Everything You Need to Know About Olympic Fencing
by Amanda Prahl 3 days ago