Gisele Bundchen lent her supermodel star power to a children's charity event in Boston yesterday before Tom Brady and his Patriots took the field for a spectacular Monday Night Football defeat over the NY Jets. She greeted the kids at the Teddy Bear Tea, where she read The Peace Book out loud, saying, "Okey dokey! Hello guys...Are you ready for the holidays? I'm Brazilian so I'll try to read in English and hope you can understand." A few hours later, Ugg's newest spokesmodel Tom secured his 26th straight home field win, which broke Brett Farve's NFL record. Tom is having a fantastic season both with his team and on the home front as he and Gisele start thinking about having more kids. First up is baby Benjamin's first birthday tomorrow and perhaps his best present would be able to hang out with his sibling. Gisele recently spoke about the boys' relationship saying, "For Benjamin, his big brother is his hero. Jack comes in and Benjamin has a big smile. He wants to follow him around. Anything he does, he’s just in awe of him like, 'Oh my God!'" 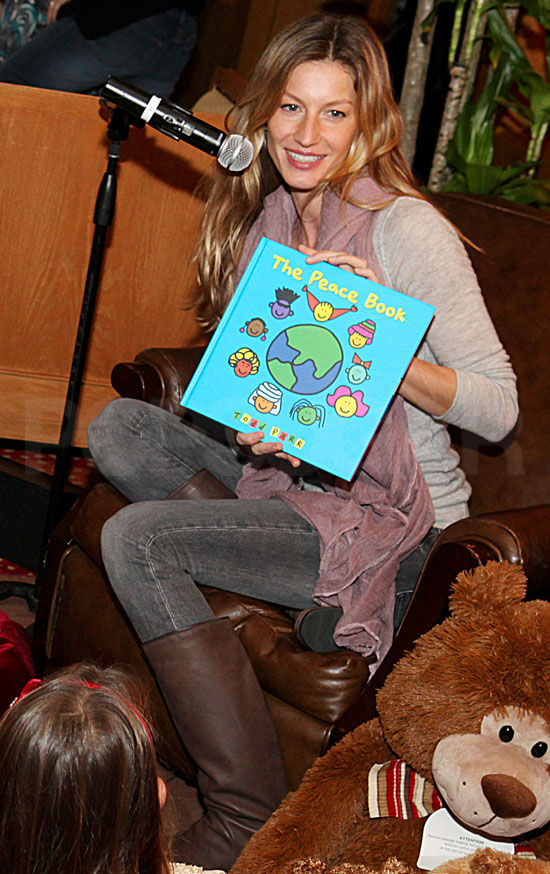 George Clooney
George and Amal Clooney Pledge $100,000 For Beirut Relief: They "Hope That Others Will Help"
by Monica Sisavat 8 hours ago