Gisele Bundchen showed off her insane legs in teeny tiny shorts out solo while her son Ben took a stroll with the nanny in Miami yesterday. The supermodel effortlessly incorporated Fall's leopard trend as she reportedly walked in for a photo shoot. Her business in Florida coincided with husband Tom Brady's triumphant MNF win, which they followed with a romantic date night out on Tuesday. Tom reached 100 NFL wins this week, and Gisele continued to honor her own milestone of 15 years in the industry by posing for two super sexy Vogue Brazil spreads. Since they both have something big to celebrate, perhaps it's time to enjoy another bikini and shirtless PDA trip to the pool like they're known to do when in town for his games. 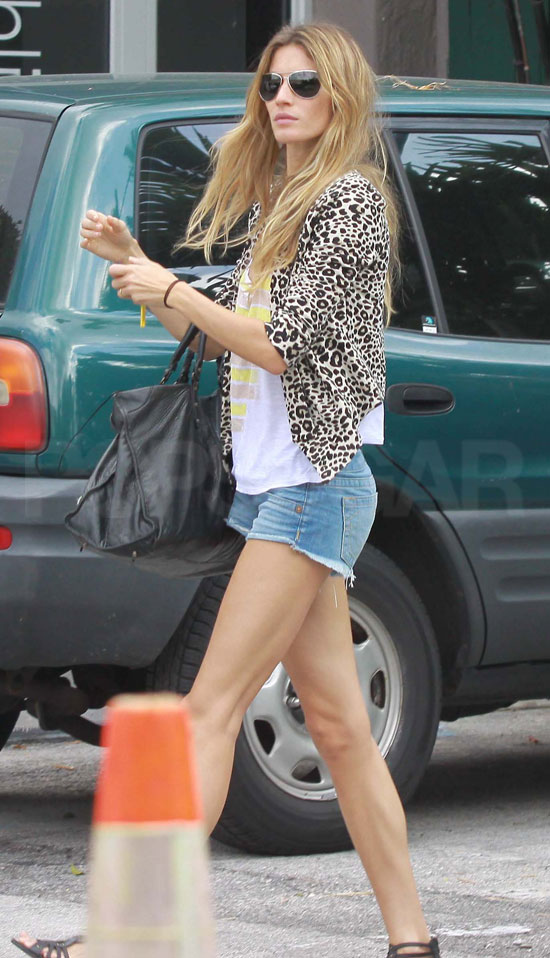 Babies
Gigi Hadid Shared a Rare Photo of Her Baby on Instagram, and It's Totally Adorable
by Navi Ahluwalia 18 hours ago