Gwen Stefani picked up her soccer-loving son Kingston from school in Beverly Hills yesterday, and today, Gavin stepped out in LA to launch Hot Wheels' new Stealth Ride toy cars with a group of enthusiastic elementary schoolers. We had a chance to catch up with half of the eight-years-married couple this morning, chatting with Gavin on fatherhood and his music. While Kingston and Zuma weren't along for the outing, Gavin spent some playtime with the local kids and promised to bring home "about 55" toy cars for his two sons — check out tomorrow's PopSugar Rush for more from Gavin! He said: 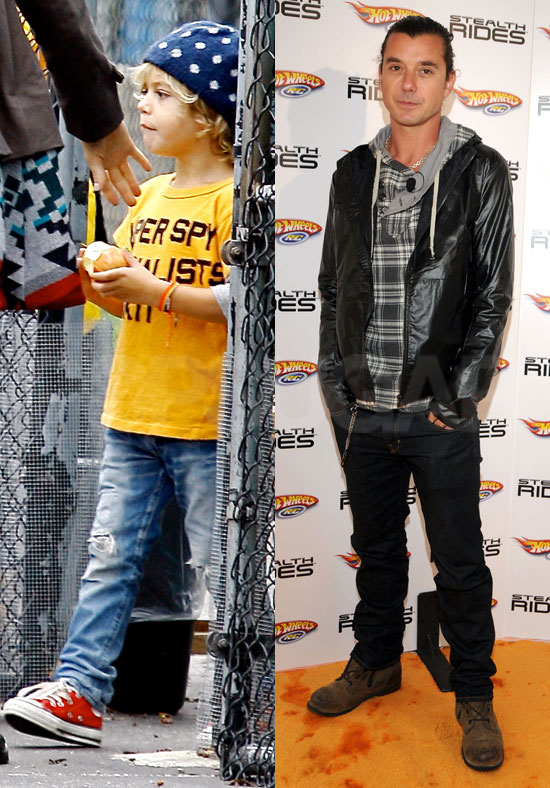 Gwen Stefani
Gwen Stefani's First Wedding Dress Was Dip-Dyed Pink — What Will She Surprise Us With Now?
by Sarah Wasilak 10/28