Gwen Stefani and Gavin Rossdale spent time with their younger son, Zuma, in LA yesterday. Gavin's back at home after making a weekend trip to the East Coast with his Bush bandmates. He marked his 45th birthday on the road while Gwen partied like a rock star with Rachel Zoe, Nicole Richie, and the boys of No Doubt at Kate Hudson's Halloween bash. Since Gwen released her new fragrance, Wicked Style, and showed her L.A.M.B. collection at NY Fashion Week, she's been putting the finishing touches on No Doubt's next album. The band's taking a break from the studio and teaming up with the LA Philharmonic to mentor their Youth Orchestra as the junior composers put classical spins on No Doubt hits like "Suspension Without Suspense," "Rock Steady" and "Simple Kind of Life." 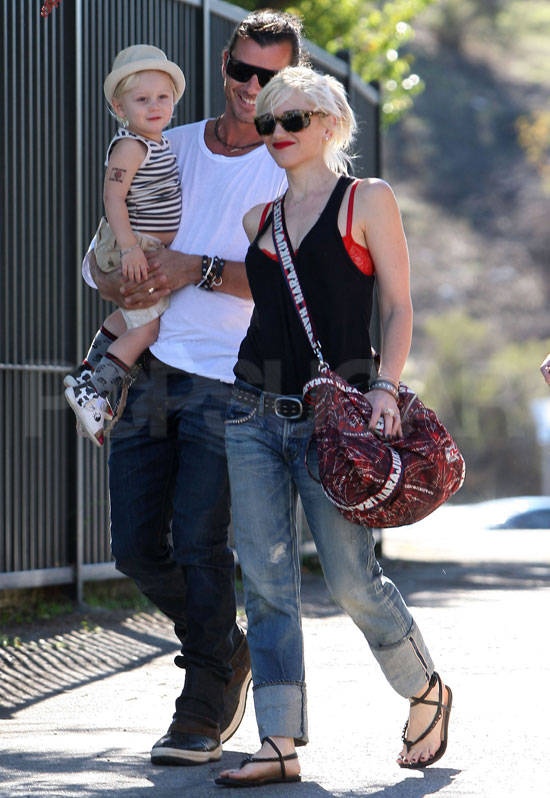