Halle Berry had company to help pick out a Christmas tree in LA yesterday after attending the annual Women in Entertainment breakfast earlier in the morning. Halle got festive at last week's premiere of Frankie & Alice, though her boyfriend, Olivier Martinez, didn't join her on the red carpet. The duo are in the running for your favorite new celebrity couple of the year and seem to be going strong, unlike her ex Gabriel Aubry and his recent romance. He and Kim Kardashian went on a few dates, but she's apparently already moved on. Halle and Gabriel have been able to set aside their differences to focus on daughter Nahla before, and hopefully this holiday season won't be any different. 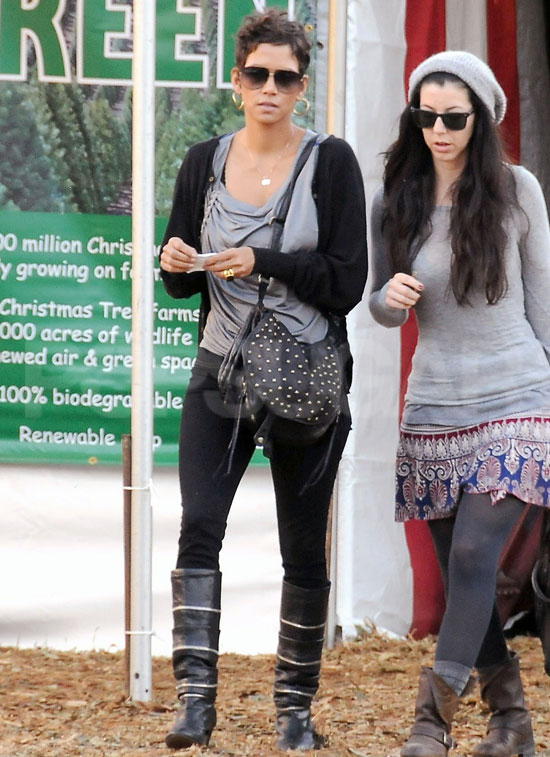