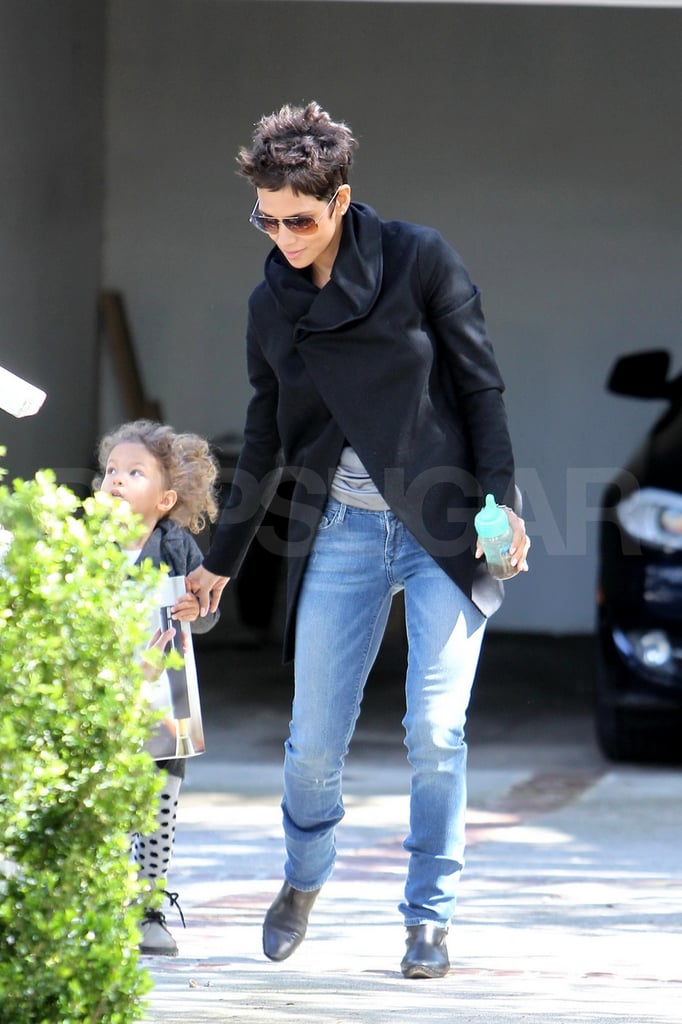 Halle Berry held hands with her daughter Nahla out to brunch in LA this morning. The actress was up bright and early after a fun Oscar Sunday where she was among Fab's picks for best dressed. She was subtle and sparkling in a strapless Marchesa gown for the red carpet, and she took the stage during the show. She also shared a sweet kiss with fellow past best actress Sandra Bullock at their seats. Halle was wrapping up a week of events, which also included a women in film party, a glamorous Dior dinner, and the Costume Designers Guild Awards.

Previous Next Start Slideshow
Halle BerryCelebrity Kids
Around The Web

Anne Hathaway
Anne Hathaway Finally Shared Her 11-Month-Old Son's Name, and It's a Classic
by Murphy Moroney 18 hours ago

by Maggie Ryan 9 minutes ago