Heidi Klum took a stroll with her kids Leni, Johan, Henry, and Lou in NYC yesterday. The Klum-Samuel clan is in the Big Apple while Heidi works on the eighth season of Project Runway and makes press appearances; this morning, she was in black skirt to visit Regis and Kelly. Heidi's comfortable when it comes to appearing on the small screen, and she has plenty of projects to keep her busy. She'll soon film Love's Divine with her husband, Seal, and she just announced her involvement in a reality show called Seriously Funny Kids. 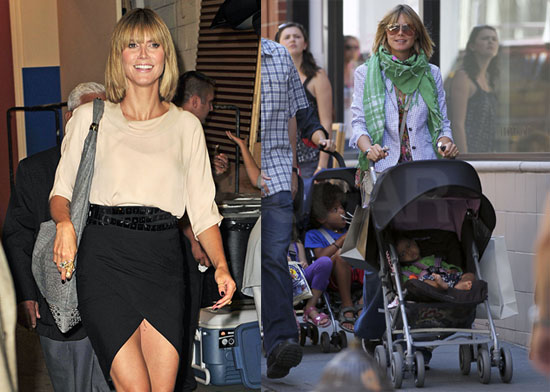 To see more Heidi and the kids, just read more.

Bindi Irwin
Bindi Irwin Shares Photos of 2-Month-Old Grace and Herself as a Baby: "Like Mama Like Daughter"
by Karenna Meredith 6 days ago