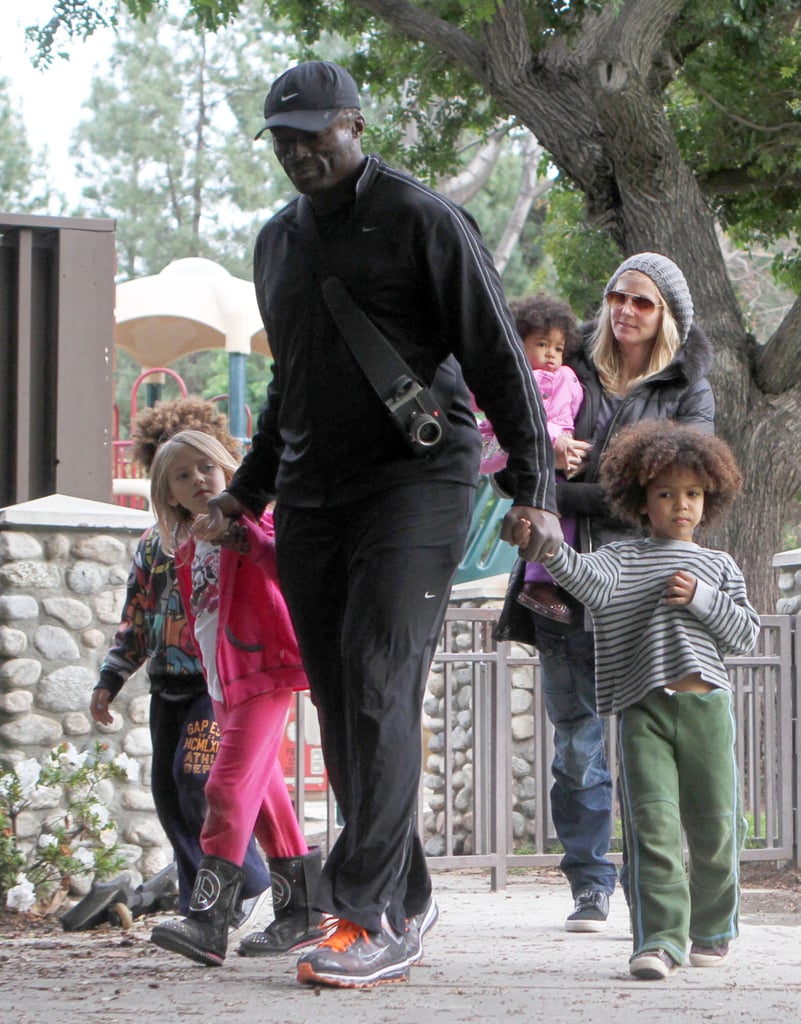 Heidi Klum held onto baby Lou while Leni, Henry, and Johan Samuel explored a Beverly Hills playground on Sunday. Always the family photographer, Seal kept his camera in hand and snapped adorable photos when he wasn't pushing the boys on the swings. Henry and Leni even tried out mini Segways during the day at the park! The Klum-Samuels pack was one of your favorite celebrity families of 2010 but it was Heidi and Seal's sexy PDA that earned them a swoonworthy spot among the hottest make-outs of the year. 2011 is shaping up to be another busy one for the supermodel host as Lifetime expands the Project Runway franchise to include accessories, which may give Heidi another forum to model her ever-changing hairstyles.