It's officially Fall, but that didn't stop Stephanie Pratt from breaking out her bikini top to clean the pool at her LA home yesterday. The former star of The Hills is no stranger to a good skin-showing photo op, after breaking out her two-piece last month to be snapped while at a friend's barbecue. Ease before the cameras seems to run in the Pratt family, despite Stephanie not speaking to her brother Spencer for a year. Now that he and his wife, Heidi Montag, have reconciled, their not-so-candid shoots keep coming from the beach to the zoo. 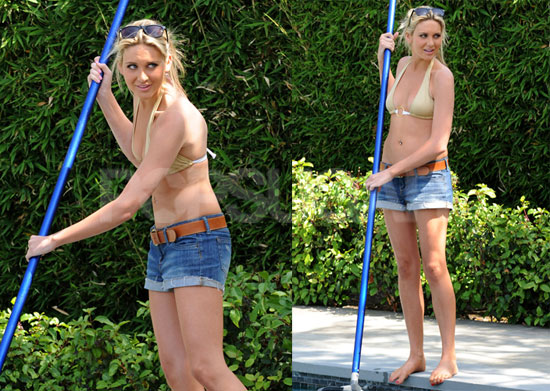