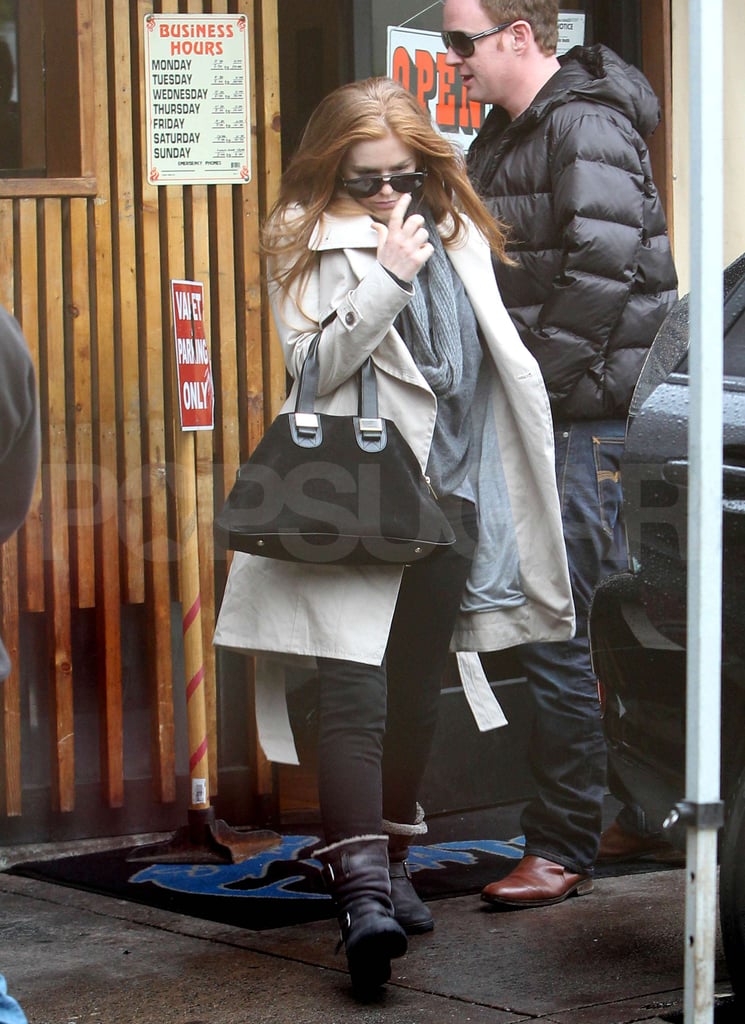 Isla Fisher stepped out solo for a meal in LA yesterday. She's in the US once again following a stay in London, where she and husband Sacha Baron Cohen were spotted out to lunch with their youngest child and Martin Scorsese earlier this month. Her time in England included time for adventures to Paris with her kids, but she also took care of promoting her new film called Burke and Hare. She and Sacha have been together for years, but this New Year's will be the first they celebrate as a married couple. They tied the knot in France last March, and their nuptials ranked among your favorite of 2010.