Isla Fisher showed off an unmistakable baby bump out in LA this weekend. There were rumors she was expecting and she's been wearing lots of cross-body bags and billowing dresses — but these pictures seem to be confirmation that she's pregnant! Isla and Sacha Baron Cohen got married in Paris at the end of March after being together for eight years. Sounds like they wanted to make it official before welcoming their new family member. The two have one adorable daughter, Olive, who's going to be a big sister later this year. Congrats to the family! 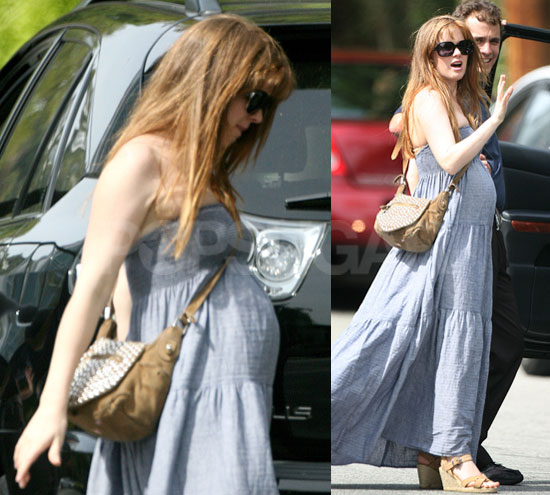