Jake Gyllenhaal chatted on his cell yesterday shortly after arriving at LAX. He was last on the West Coast two weeks ago, when he touched down in a similar all-blue ensemble. Jake's fresh off a stay in NYC, where he promoted Love and Other Drugs with Anne Hathaway and spent time with new lady friend Taylor Swift — Jake and Taylor were spotted out to brunch and even apple picking in upstate New York. Taylor actually led the way out to California, where she recorded an appearance for The Ellen DeGeneres Show that will air today. Ellen, inspired by the photos of Jake and Taylor together in Brooklyn, asked about her status with Jake. Taylor was hesitant to confirm anything, but she asked, "You have a picture of us on the screen, don't you?" The singer further added, "I'm always optimistic about love." 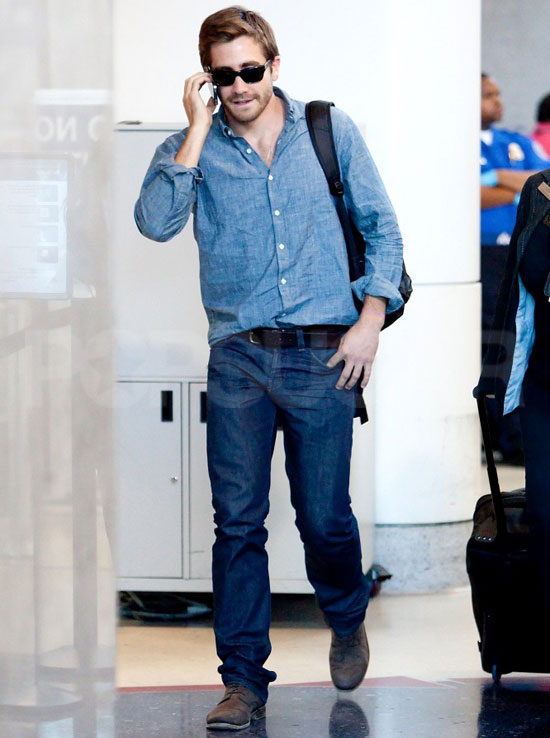