Jake Gyllenhaal was decked out in blue last night when he touched down at LAX. He's out on the West Coast after a stay in NYC, where he spent time at his sister Maggie's house in Brooklyn's Park Slope. Jake spent some of his free hours checking out the Big Apple's gourmet scene, breaking out his beard for a Le Fooding event before trimming his scruff to host a dinner for the Edible Schoolyard organization. His new movie, Love and Other Drugs, also got attention when Jake joined director Ed Zwick for an appearance at the New Yorker Festival. He and costar Anne Hathaway are both gearing up to promote the project ahead of its Nov. 24 release, and she's on the cover of next month's Vogue sharing about her overly trusting relationship with ex Raffaello Follieri. 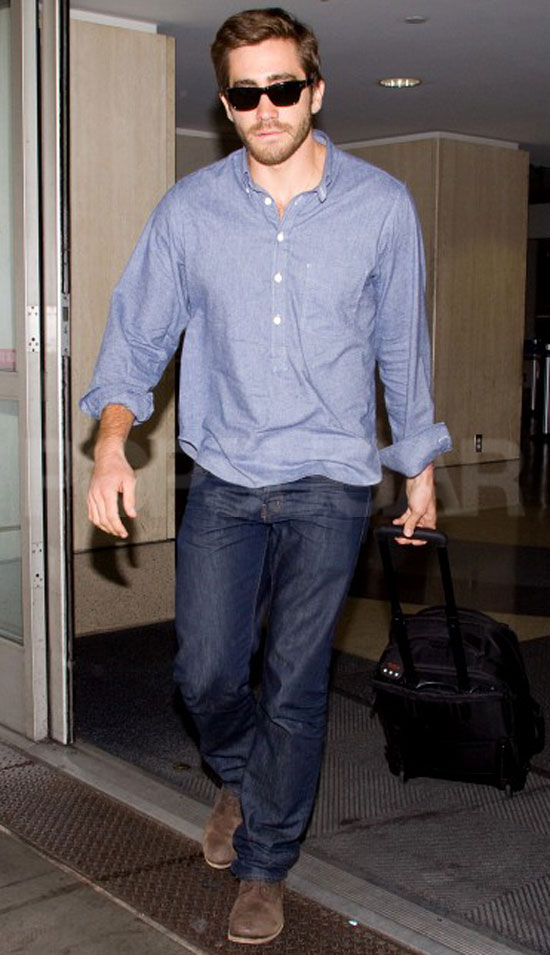