Jake Gyllenhaal stayed cozy in a zipped-up hoodie as he left a meeting in LA today. He was out in Beverly Hills amid more stories about his alleged new romance with Taylor Swift, including sweet details about their reported getaway to Big Sur last weekend. The speculation about Jake and Taylor started when they held hands backstage at SNL, went on an apple picking date, and were spotted hanging around NYC together. Many of you think they're kind of a random couple, but Taylor didn't dispute the story when she was asked about Jake on The Ellen DeGeneres Show. Taylor was making the promotional rounds for her latest album, Speak Now, which has already sold one million copies. 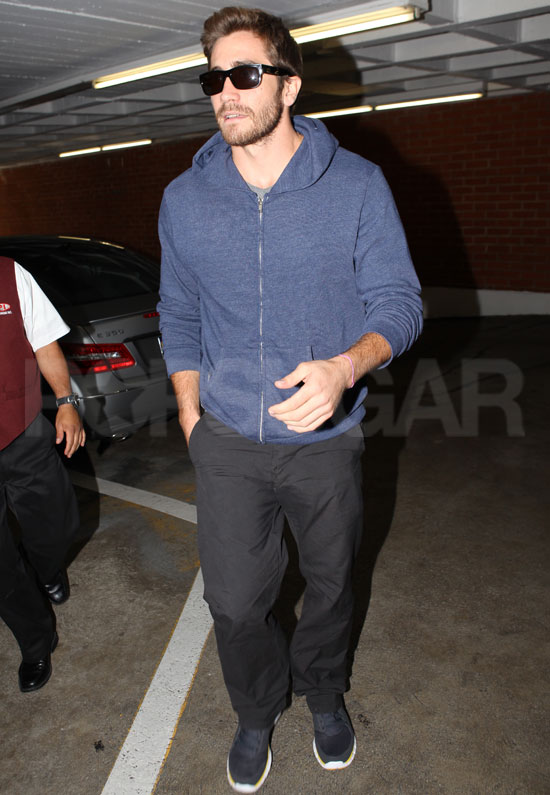