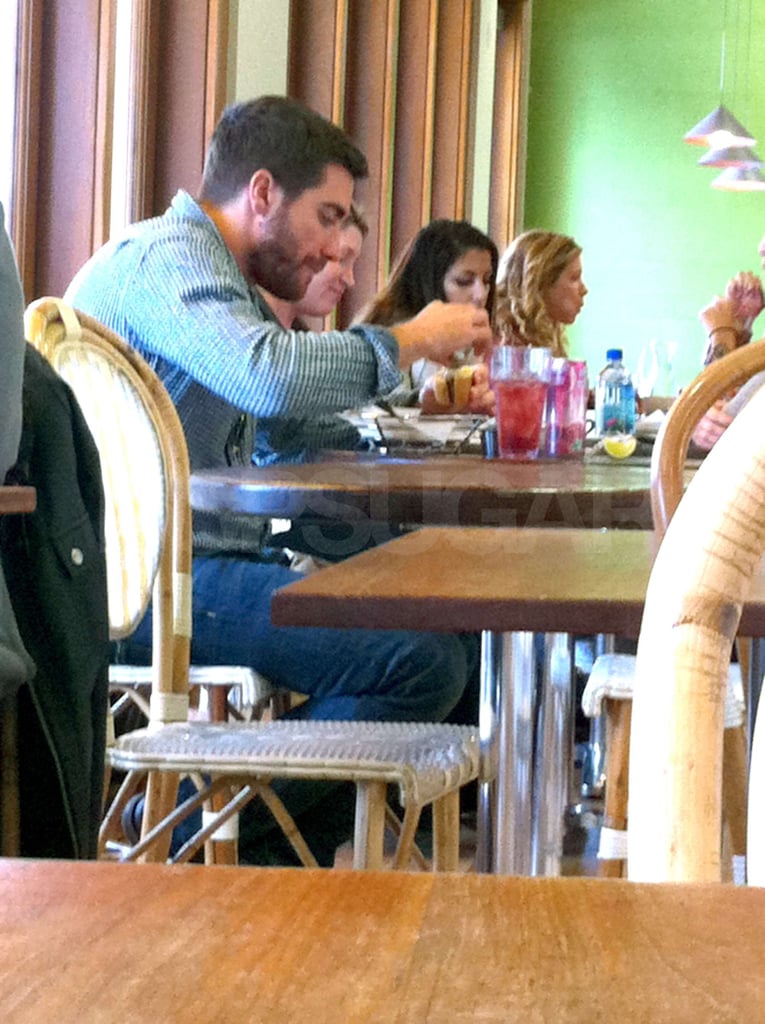 Jake Gyllenhaal stopped by M Cafe in Los Angeles on Wednesday to grab a bite. Jake was by himself at lunch, but he and Taylor Swift, who are in the running for this year's cutest new couple, have been spending lots of downtime together recently. The country singer marked her 21st birthday with a party at home in Nashville earlier this week, and while Jake didn't join her for the family celebration, he did reportedly give her an expensive guitar in honor of the milestone. Jake has a big day of his own coming up on Sunday, when he turns 30. He and Taylor seem to be getting serious, sharing coffee dates and holidays together since they were first spotted holding hands in late October.