Jake Gyllenhaal was out in NYC last night to attend a screening of his Love and Other Drugs during the CMJ Film Festival. After taking a quick trip to LA earlier this week to toast Gwyneth Paltrow at the Elle Women in Hollywood event, Jake's back in the Big Apple promoting his film with Anne Hathaway. He and she were together on Wednesday for another viewing of their Edward Zwick-directed comedy, and at a related Q&A session for the film Anne joked that she always seems to lose one crucial piece of clothing while working with Jake. 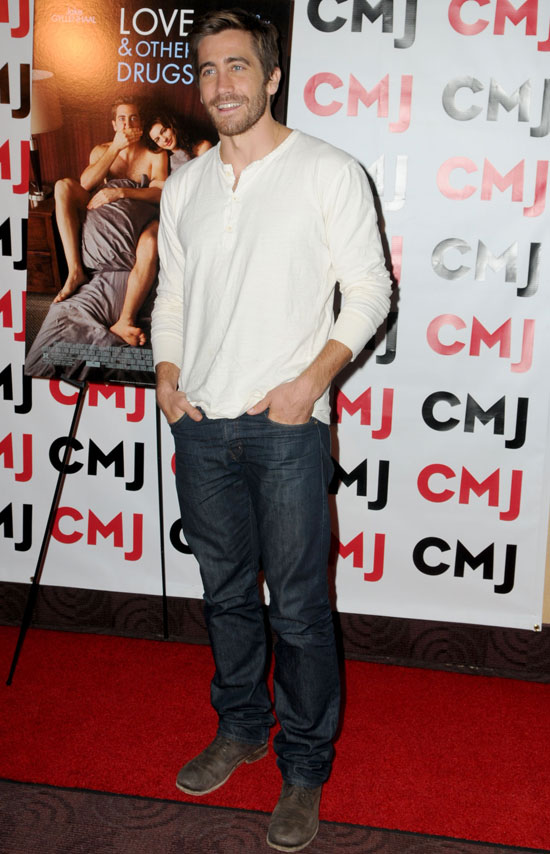