James Franco met up with his 127 Hours director, Danny Boyle, for dinner at Mr Chow last night along with the man who inspired the movie, Aron Ralston. The trio have traveled the country together promoting the film, which arrives in theaters on Nov. 5, and they've had to confront the rumors that some viewers are passing out during the scene in which James's character, Aron, has to chop off his arm to survive. At a viewing last week in NYC, James said that the dramatic reactions are to be expected, as "it's meant to be an intense, personal, immersive experience. This isn't a horror film. It's not Saw, where you go into it knowing that half the people you meet at the beginning are going to be dead by the end, so you don't form an attachment. Here, you're spending the entire movie with one guy. " 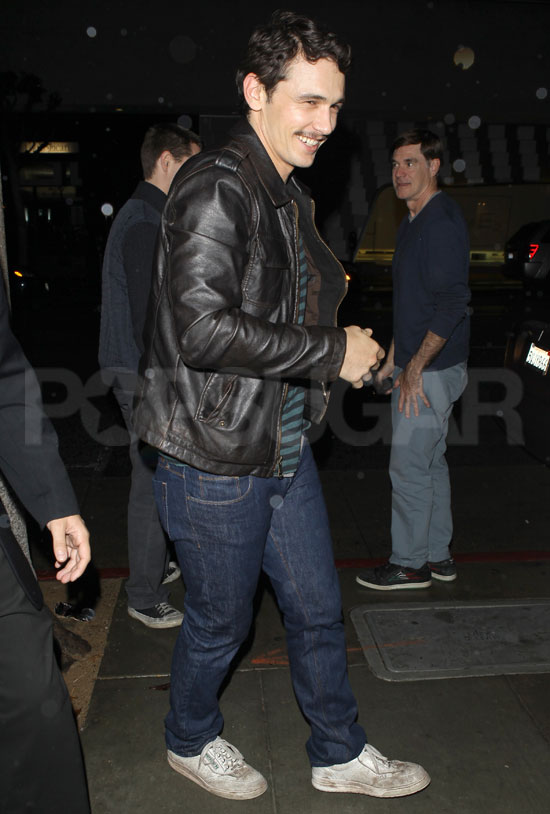