January Jones joined Jakob Dylan and David Arquette last night at a party thrown by Oceana honoring World Oceans Day at LA's Sunset Tower. She's a spokeswoman for the environmental organization and also recently narrated a short piece highlighting its cause of protecting the world's bodies of water. January was decked out in a strapless BCBG dress for the occasion and, apparently, the long night ahead of her! She was spotted hopping out of a taxi in front of her house this morning in the same outfit after presumably sleeping elsewhere. January doesn't seem to be lacking for attention in the romance department since she's been linked to guys like Jeremy Piven and Adrien Brody over the past year. 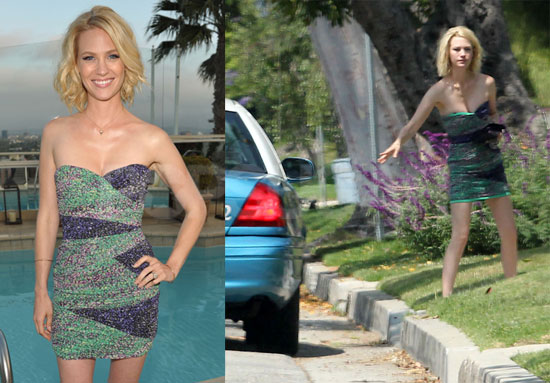