January Jones wore a white fur hat and go-go boots on the set of X Men: First Class this morning in Buckinghamshire, England. The Mad Men actress was joined by an identically dressed stunt double as she filmed sky-high action scenes in a helicopter. The retro outfit January sported at work today was a big change from her fashion-forward Emmys look and the glamorous gown she wore in a recent issue of Rolling Stone. She graced the magazine's cover with her TV costars Elisabeth Moss, Christina Hendricks, and Jon Hamm, who's currently off tending to his own big-screen career. He's also in Europe this week, promoting his upcoming movie The Town at the Venice Film Festival. 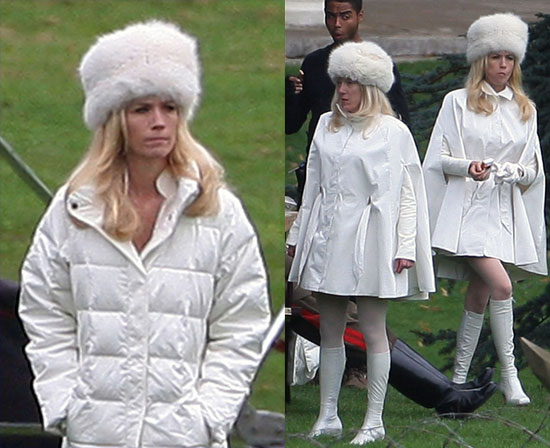