January Jones brought her blond bob out into the sunshine yesterday to walk her dog near her house in LA. The Mad Men star is home in California after a trip to NYC, where she celebrated her series's new season and unwound with a spa day. January's character, Betty, has been exploring her new life as a divorcée in recent episodes amid lots of other drama — January recently opened up about Betty's less-than-stellar parenting skills, saying, "It's a weird job when you get paid to beat up on a kid. But I find it fun to play one of the worst mothers on television. I'll probably not get married or have kids of my own because of it!" January, though, is focused on her real-life romance with Jason Sudeikis, and she's stopped by the set of his latest project Horrible Bosses to show her support for his work. 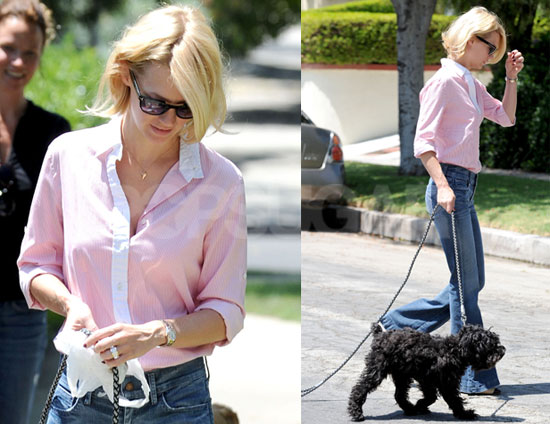