January Jones and Rose Byrne posed together at the Lacoste VIP Lounge during the World Tour Tennis Finals in London on Monday. The girls joined Kylie Minogue and Brooklyn Decker in the stands earlier in the afternoon to watch Rafael Nadal defeat Andy Roddick in a singles match. January is making the social rounds in the UK, having also stepped out recently to attend a fashionable charity event hosted by Donatella Versace. The Mad Men star apparently has a great relationship with Donatella's brand, as January was selected as the new face of Versace and has already been photographed by Mario Testino for an upcoming Spring 2011 ad campaign. 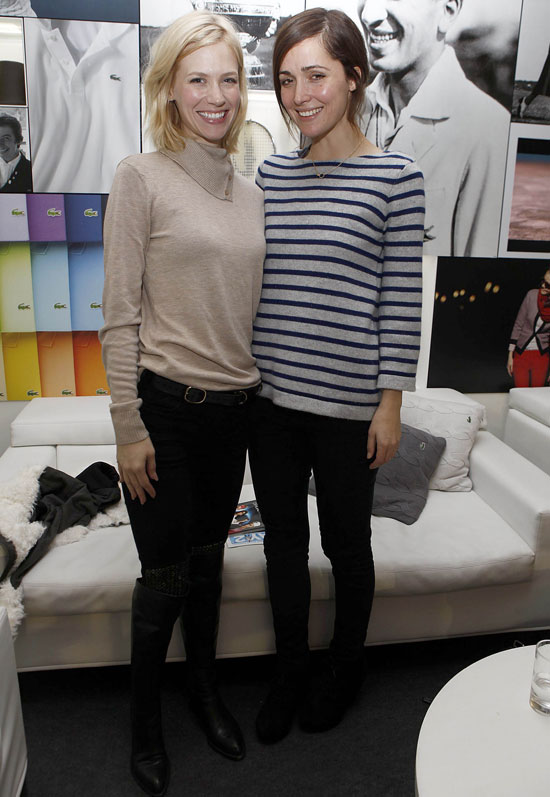 To see more from the finals, just read more.