Javier Bardem joined his mother, Pilar, and brother, Carlos, in Madrid on Saturday to protest Moroccan aggression in the Western Sahara, a former Spanish colony. It was Javier's second activist gesture, after he urged Spanish officials to help resolve the conflict earlier this month. His wife, Penelope Cruz, didn't participate in the march, but she and Javier were just together for a few weeks in London. Jet-setting Javier was also recently in the US, where he spent time with Ben Affleck in Oklahoma filming Terrence Malick's still-untitled project alongside Rachel McAdams and Rachel Weisz. 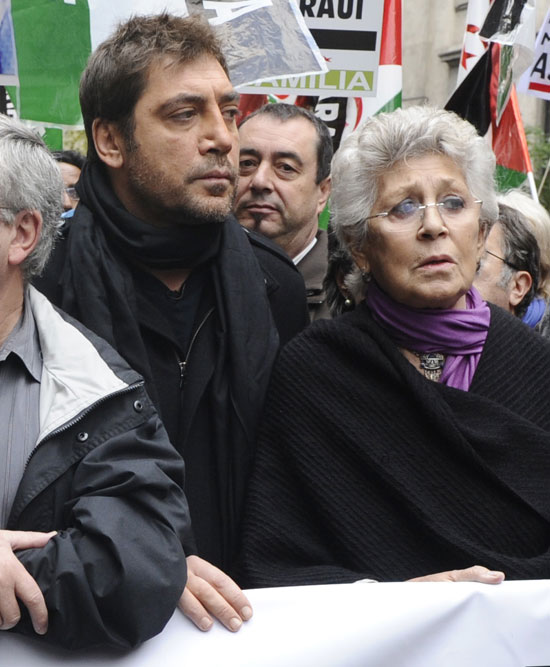