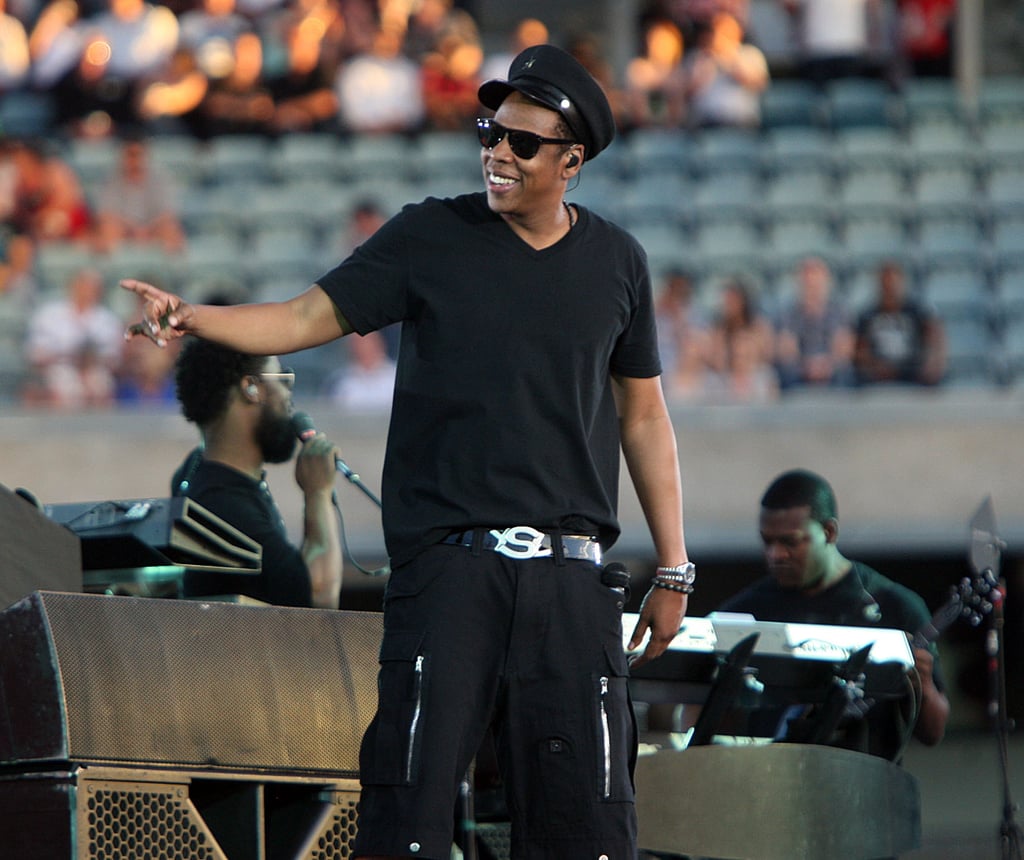 Jay-Z performed with U2 in Perth on Saturday in front of more than 55,000 fans. He and Beyonce Knowles are spending some time Down Under for Jay's concert series with the band following his appearance on Oprah's big Australian special last week. He surprised a boys' school with his performance on the TV show, while Beyonce had a surprise of her own for her husband earlier this month — she gifted him with a $2 million Bugatti sports car to mark his 41st birthday! The power couple are in the running for this year's sexiest duo, and while they weren't in the States to celebrate Thanksgiving, perhaps they'll exchange a few more presents at home during the upcoming holidays.

Celebrity Couples
Why Yes, Beyoncé and JAY-Z Brought Their Own Champagne to the Golden Globes
by Brea Cubit 2 weeks ago

by Samantha Brodsky 17 minutes ago

by Karenna Meredith 32 minutes ago