Jennifer Aniston was wrapped up in a navy scarf and black leather jacket sporting green Oliver Peoples Vintage O’Malley sunglasses while out in NYC this afternoon. She's on the East Coast after spending the last few months filming her drama Wanderlust in Georgia, though we did see her comedy chops recently on the small screen in her Cougar Town cameo. She's apparently been a big source of support during her costar and best friend Courteney Cox's complicated split from David Arquette, and while she's also been the subject of her own rumored guy drama, she remains the world's most eligible woman. Jennifer takes on a fictional sticky relationship situation in the upcoming movie Just Go With It, which looks super cute from the funny trailer. 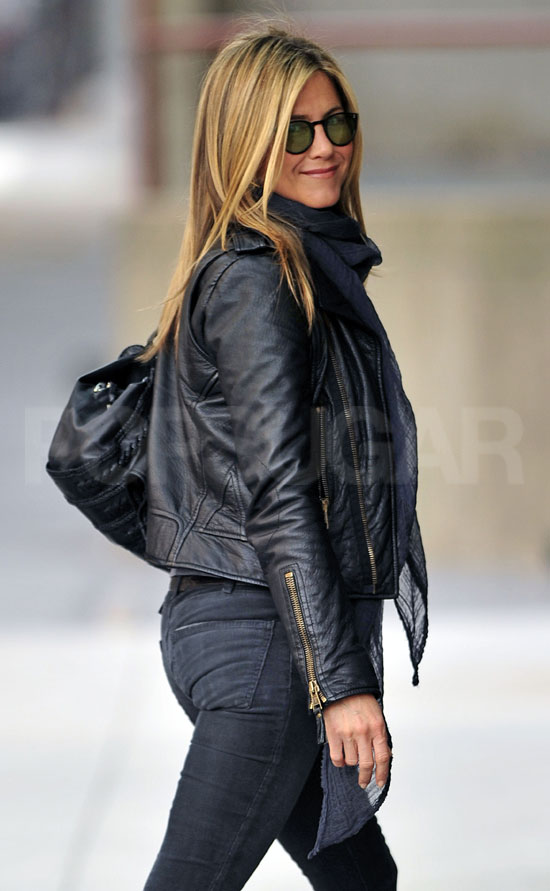