Jennifer Aniston was spotted out in NYC yesterday afternoon looking stylish in her latest piece of chic denim, and she later made a special cameo in last night's 24 Hour Plays. She joined other actors like Elizabeth Banks, Leslie Bibb, and America Ferrera for the event, which takes place annually in other cities like LA and London. Jen also took part in the dramatic event last year, though she was then accompanied by friends like Naomi Watts and Demi Moore. She returned to the stage during a break from her big-screen projects, which include her soon-to-hit-the-big-screen comedy Just Go With It. 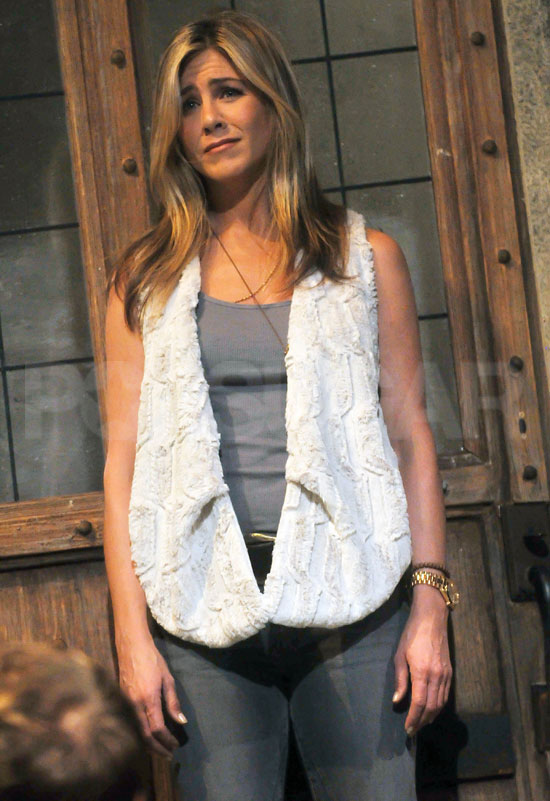