Another afternoon shoot and still no bikini for Jennifer Aniston on the Hawaii set of Just Go With It yesterday. Instead, she sported a white sundress while her costar Brooklyn Decker took a turn flaunting her body in a teeny yellow two-piece. Aniston has been on island time for weeks now and even when she's busy filming one movie she's working out what's next. She's apparently moving forward with Wanderlust and in talks to star in Horrible Bosses alongside Colin Farrell and her The Switch leading man Jason Bateman. Jennifer's place in the PopSugar 100 Elite Eight is no surprise, but even looking back at her sexy, fun, successful year isn't enough to secure her a Final Four slot. She's currently trailing Reese Witherspoon in the closest matchup of the round — voting ends tonight, so cast your votes and be entered to win a Chanel bag! 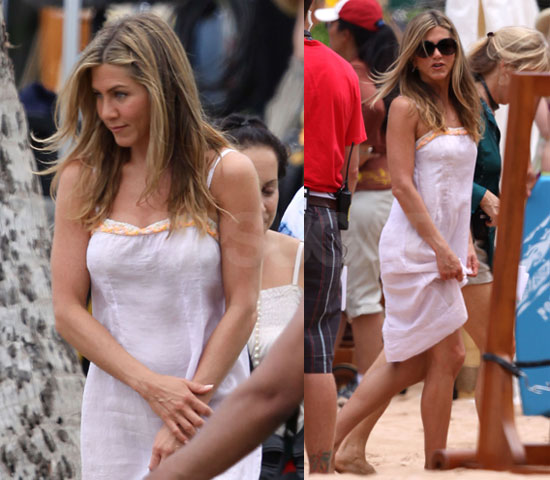