Jennifer Garner smiled and shrugged off the chocolatey mess Violet made on her dress before changing into a tutu for ballet class in LA yesterday. It was their second day in a row at the same ice cream spot as the mother-daughter duo beat the record-breaking heat wave hitting the city. Jennifer has been taking care of Violet and Seraphina, while Ben puts in hours on set and brings The Town around the world. The success of that film earned him a place on the short list to direct the next Superman, though apparently Darren Aronofsky will take on the job. Ben definitely excels behind the camera, but he also could look good in the Man of Steel's skintight superhero suit battling bad guys like his kickass bracket champion wife. 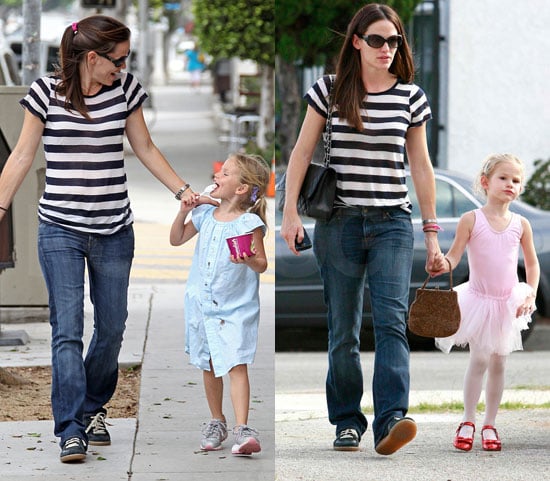 To see more of Jennifer and Violet just read more.

Music
Aw, Next Time! Jhené Aiko Says Her Daughter Was "Too Cool" to Do a Feature on Her Last Album
by Naledi Ushe 3 days ago