Jennifer Garner had a daughter in each arm at LAX today as the trio headed out of town. Violet and Seraphina matched in pink as they accompanied mom to the East Coast. Jennifer's on her way to NYC to film Arthur alongside costars Russell Brand and Helen Mirren, who have already started shooting in some ridiculous disguises. As usual when he's involved, there look to be some fun offscreen antics with the cast as well. While Jennifer prepares to start her next project, her husband Ben Affleck is finalizing another — the trailer for The Town was just released, which showcases his directing, acting, and washboard abs. 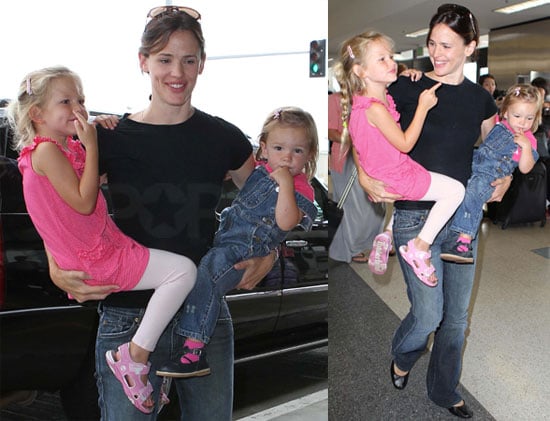 Kristen Wiig
Kristen Wiig Is a Mom of 2! Here’s What We Know About Her Family
by Kathryn Mayer 5 hours ago