Jennifer Hudson had one-year-old David in her arms and a smile on her face outside of a studio in Burbank, CA yesterday. She's been busy working on her second album, which won't be out until next year, though she did recently release a single with Lupe Fiasco and Common. On top of new music, Jennifer's expanding her acting resume with her latest project, Winnie, in which she plays the wife of Nelson Mandela alongside Terrence Howard. Jennifer got fit for the role with the help of a trainer and Weight Watchers, and now she's teaming up with the company to help fight world hunger. She showed off her toned physique at the Kennedy Center Honors over the weekend, and she'll be back in front of an audience later this month when she performs on Dick Clark's New Year's Rockin' Eve show. 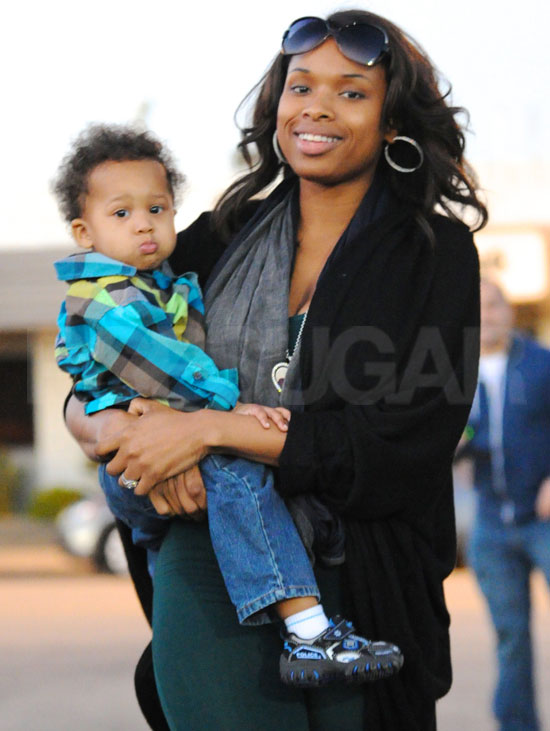 Jennifer Lopez
Jennifer Lopez Captured 3 Generations in 1 Gorgeous Photo, and We Can't Look Away
by Alessia Santoro 2 days ago