Jon Hamm and Jennifer Westfeldt cozied up on the red carpet last night on their way into the Project A.L.S. organization's annual Tomorrow Is Tonight benefit in NY. The event was held at the city's Lucky Strike bowling alley, which fits nicely into one of the plot lines from the impressive fourth season of Jon's Mad Men. His series wrapped up last Sunday with a finale full of shocking moments. Among the most out-of-the-blue was Jon's Don Draper growing close to his assistant Megan, played by Canadian actress Jessica Paré. She recently spoke about working closely with Jon and his similarities to Don, saying, "When you break Don Draper down on paper, it doesn't look very good . . . he is very charming and obviously has great looks. Jon Hamm is very charming and really interested and really curious. He is also very smiley, which isn't very Don Draper. And he's very, very funny." 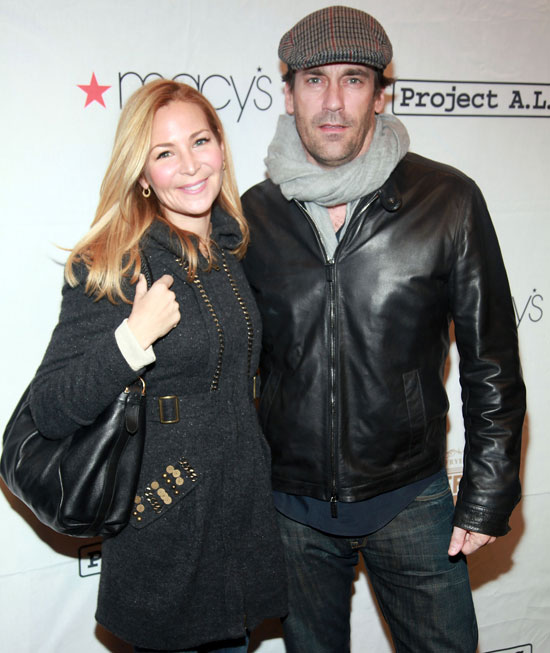