Jesse James and his daughter Chandler, who carried a copy of Derek Blasberg's Classy, returned to LAX yesterday evening from a reported trip down South, near where Sandra Bullock is staying with her son, Louis. Sandra's busy setting up home in New Orleans at the moment and spent her first Mother's Day with her son exploring art galleries and having brunch with Louis and friends. Whether or not Jesse saw Sandra during his getaway, new details about their post-Oscars days just emerged — Jesse was apparently present for Sandra and Louis's big People photo shoot, which took place just two days after the big awards show and before allegations of his infidelities first surfaced. 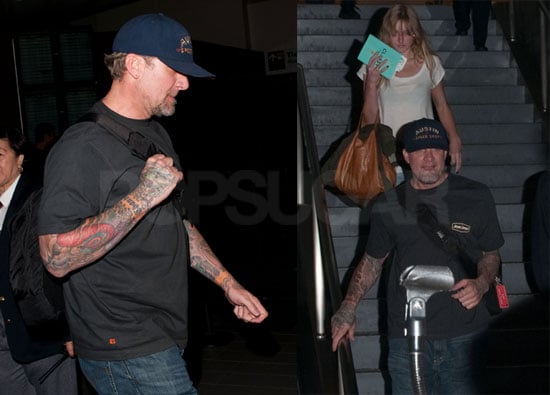 Baby Names
Callum, Raddix, Isaiah, and the Other Names Celebrities Have Given Their New Babies in 2020
by Alessia Santoro 2 days ago