Jesse James stepped out of his Huntington Beach home today, the first time he's been seen since shipping himself off to rehab in Arizona last month. Jesse's wedding ring was conspicuously absent from his left hand, just one week after his wife Sandra Bullock was seen without her band either. Jesse wore his for the first few weeks after the scandal hit, but there's no official news whether the lack of jewelry signifies an actual split. Both Jesse and Sandra have stayed quiet recently — still, sources say that she is moving forward with divorce plans. 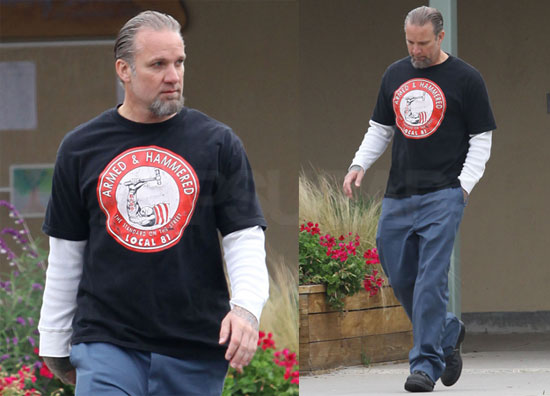