Jessica Simpson led the way for Eric Johnson at LAX last night. The two have quite the rigorous travel schedule these days, though they have been situated in California for the last few weeks, during which they've hit up their favorite date spots and Jess took part in Maria Shriver's Women's Conference. Jessica and Eric have been together for about six months now, which hopefully helped keep a smile on her face when the news broke that her ex-husband Nick Lachey is engaged. The former Newlyweds have obviously both moved on since their divorce, though there were still rumors of tension when Nick and Jessica ran into each other last month. Next up for Jessica, she'll be spending part of the holiday season back East when she performs at the Macy's Thanksgiving day parade. 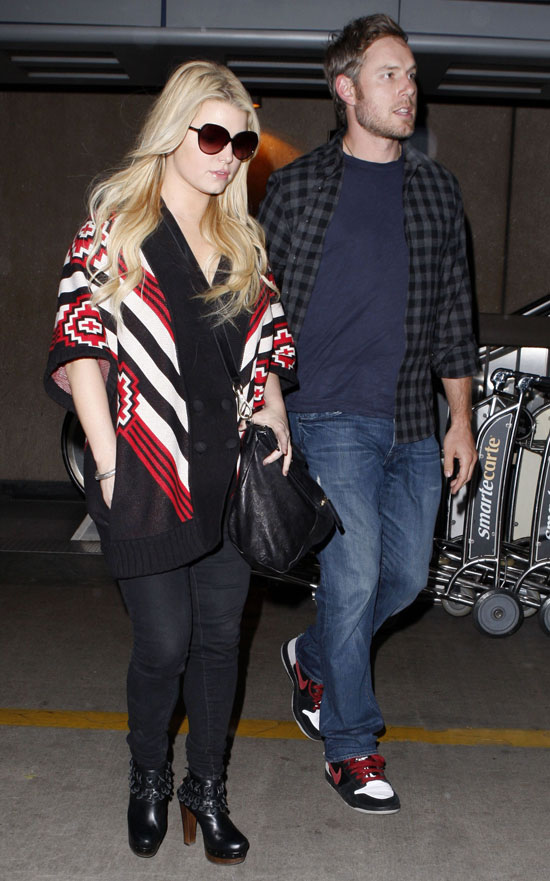