Jessica Simpson capped off a busy day of interviews with a date alongside her fiancé Eric Johnson in NYC last night. The couple were on their own for the outing, but later Jessica got playful in the hotel room with her friend Lauren. Jessica kicked off yesterday on Regis and Kelly and stopped by Sirius radio before heading to chat with Jimmy Fallon. He made sure she was well enough for his show after her bout with the stomach flu by sending over chicken soup. She was in lively spirits with Jimmy, even playing a bit of monkey slingshot with the audience. Jessica's sickness this week and recent engagement prompted pregnancy rumors, though she once again denied them, saying, "There are no babies yet...But I definitely see myself having a family with him, so that's exciting to think about." She also says they haven't started planning the wedding yet since she has quite the to do list including performing during the Macy's Thanksgiving Day Parade, promoting Happy Christmas, debuting her concert special, and preparing a vegan meal at the Ritz-Carlton for her first holiday season with Eric! 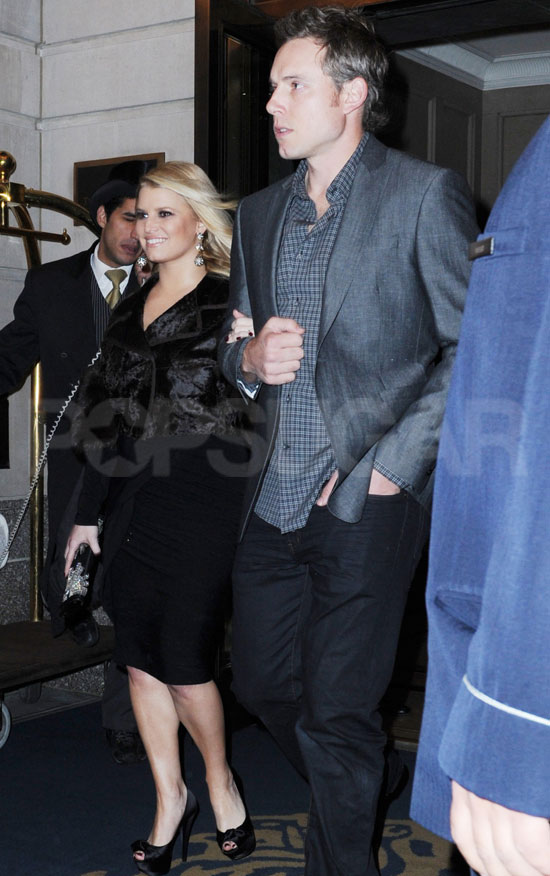