Jessica Simpson and Eric Johnson stepped out of their hotel in NYC yesterday. The two are back in the city after spending most of last week there, but taking off on Friday and enjoying an antiquing adventure elsewhere. She's promoting her new denim line with a fan event at Macy's tonight, and we got an inside look at the line when she styled her closest pals. Eric has become Jessica's constant companion over the past months, while she reportedly had a falling out with Ken Paves. Hopefully, the longtime best friends will patch things up and until then, she seems very happy with her guy. Some of you worry Jess is putting herself out there too much with her frequent romantic twitpics, though she has never been one to keep her emotions in and so far their love is still heating up as the Summer cools down. 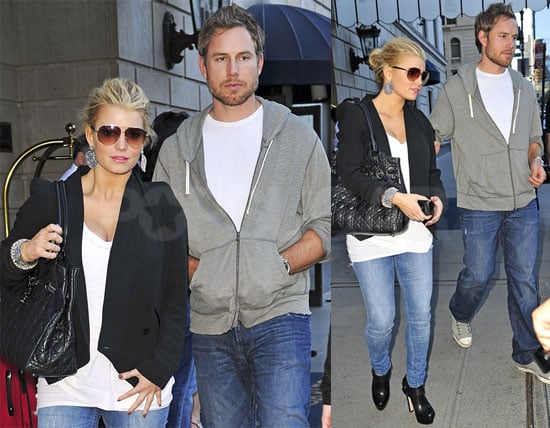 by Olivia Luppino 5 hours ago