Jessica Simpson left the Ritz-Carlton in NYC this morning with her parents, Tina and Joe. The trio were bound for Jessica's appearance on Live With Regis and Kelly to chat up her new holiday album, Happy Christmas, her appearance during Macy's Thanksgiving parade, and her public TV special airing Thursday night. She was up yesterday to visit The Early Show, though she couldn't perform after catching the flu. The illness meant Jessica had to cancel an appearance on Letterman, causing Jimmy Fallon to send her a huge jar of chicken soup so she's well enough for her interview on his program this evening. Jessica is promoting her professional projects, but it seems as though everyone's interested in her recent engagement news. The more Jess shares about Eric Johnson's sweet proposal, the less it seems to matter that she announced her plans to marry just one week after ex Nick Lachey. 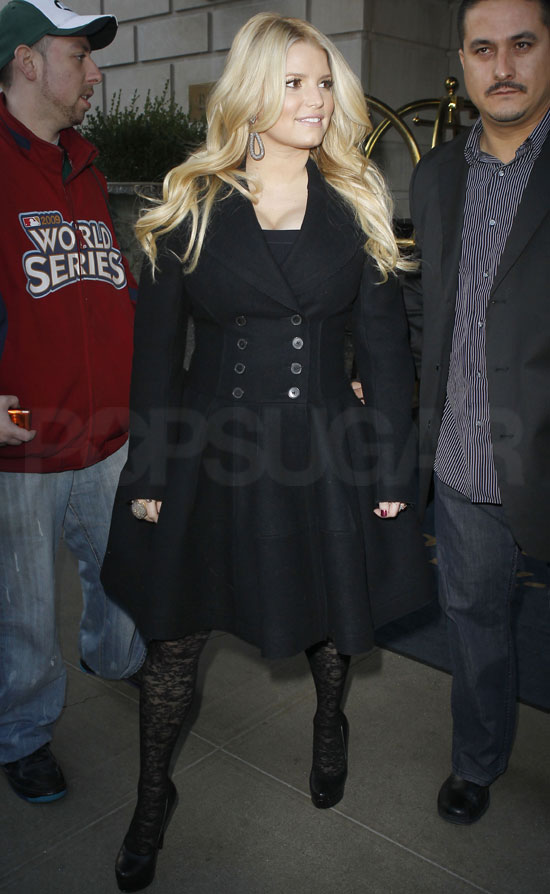