Jessica Simpson manned a machine gun on a Navy aircraft carrier in the Arabian Sea during her visit with the troops last Friday. She was overseas for a USO-sponsored event, where she signed autographs and helped judge a competition to see who will perform with her at the Rockefeller tree lighting next month and on her upcoming album. Jessica recently tweeted thanks to the service men and women, calling them angels on Earth for the sacrifices they make and saying that she is "forever changed" after her experience. She's made time in her busy schedule to entertain our armed forces before, and she fit in this trip after promoting her Jessica Simpson Collection around the country. Her boyfriend, Eric Johnson, has been a constant traveling companion, though she took off solo from NYC to handle her military duties. 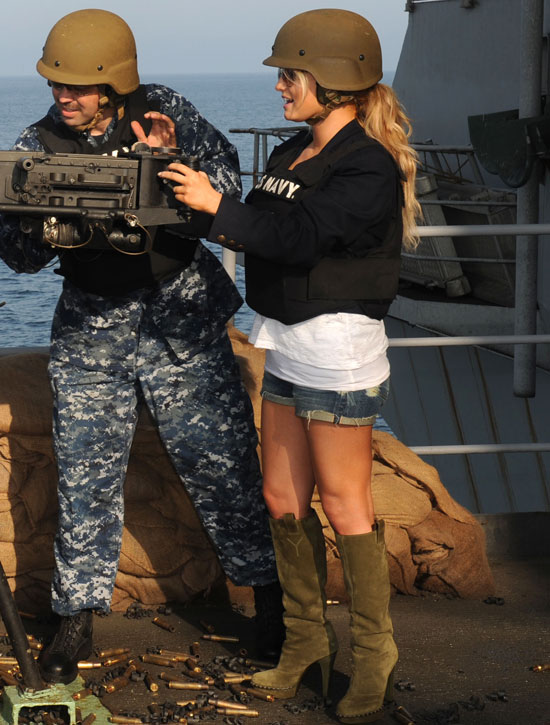