Jessica Simpson was up and ready to appear on The Early Show in NYC this morning after arriving on the East Coast with her fiancé Eric Johnson yesterday. She was battling the flu, but Jess was still happy to chat up her just-released album Happy Christmas. Discussion quickly turned from music to her personal life, and Jess shared details of her recent engagement to Eric. Jessica said that she was, "so shocked" at the proposal and they were both "teary-eyed" afterward. She also showed off her ruby and diamond sparkler, explaining that the unique piece, a Tiffany ring from 1910, was all Eric's idea. Jessica and Eric are spending the week with her family in the Big Apple, where she'll participate in Macy's Thanksgiving parade before her TV special airs that night. 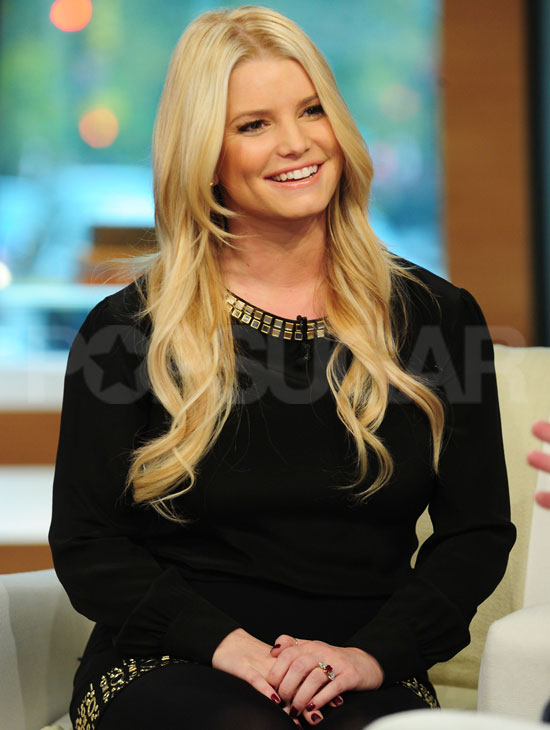