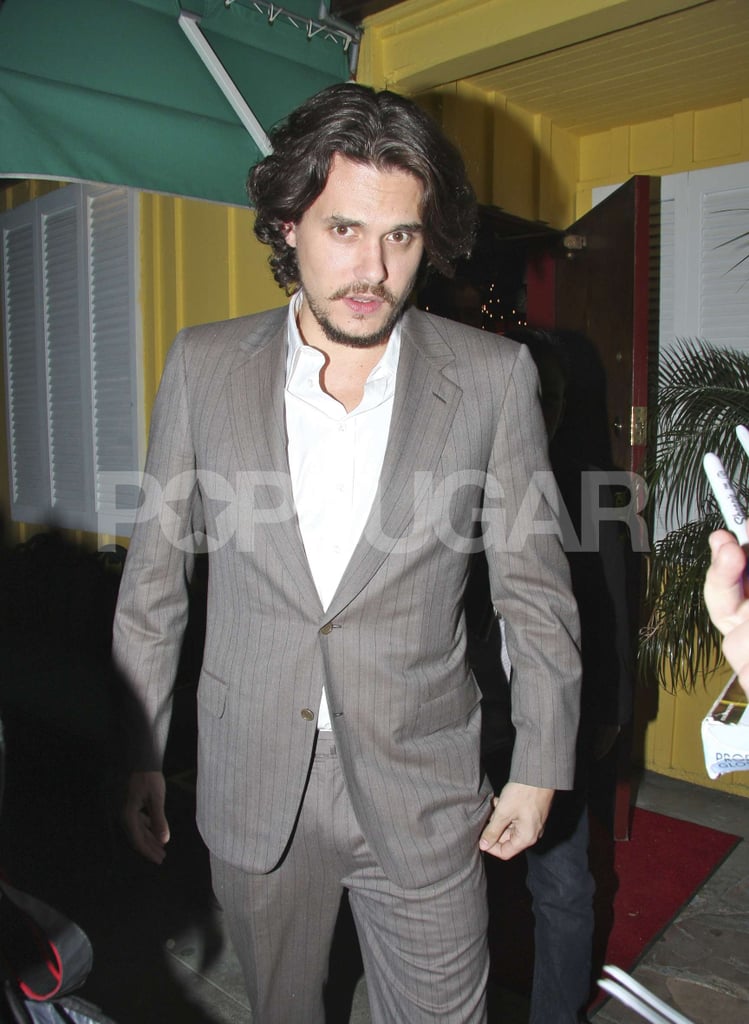 John Mayer was spotted looking dapper in a gray suit leaving dinner at Dan Tanas in West Hollywood last night. He's been on a digital cleanse since wrapping up his Battle Studios shows and quitting Twitter in the Fall, though he jumped back into our online lives over the holidays chronicling a seven-day road trip with friends they jokingly billed as "TourLoko." The group of six guys, including The Office's BJ Novak, followed the Philadelphia 76ers from San Francisco to Phoenix with a brief stop in Palm Springs. Blogging and tweeting accounts of their every move gave fans an all-access pass to John's final days of the year. The last stop on the "tour" brought John and the guys to Las Vegas where he joined Jay-Z and Coldplay on stage for a performance. We'll see John back on stage next month at the Grammy Awards where he's nominated for three awards including best pop album.