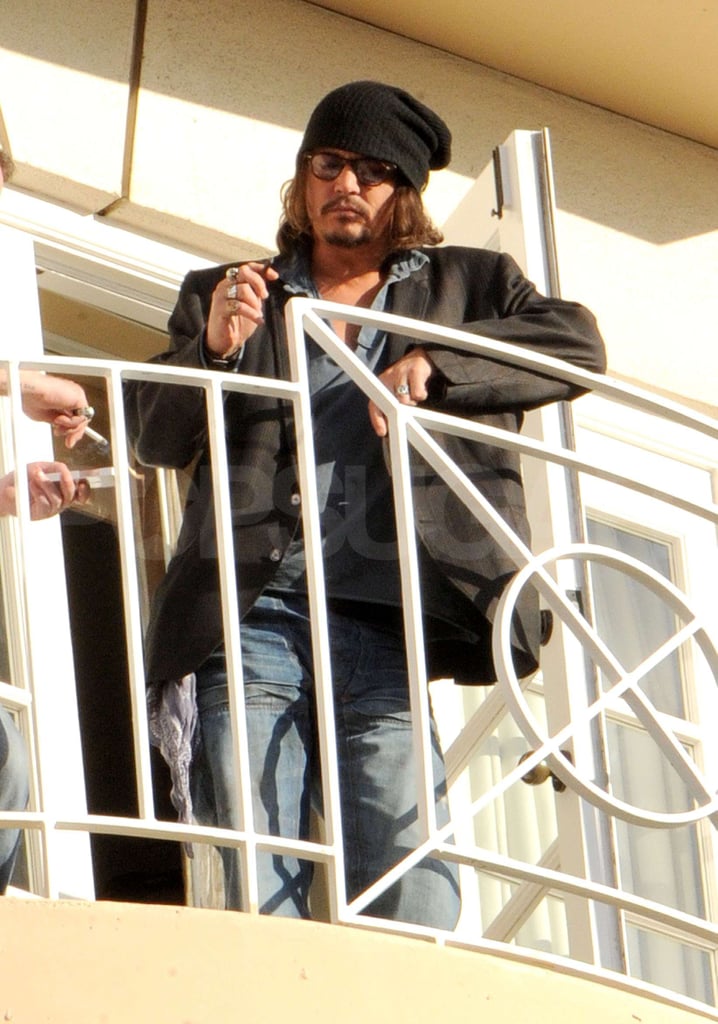 Johnny Depp stepped out onto the balcony of the LA Four Seasons looking hot on Saturday — what a nice Valentine's Day treat! He took a quick break from chatting up his animated movie, Rango, at the weekend's press junket. We caught up with Johnny and costars Abigail Breslin and Isla Fisher at the event, where he shared about his sex-symbol status and his love for making kids movies. Attention was temporarily diverted from Johnny to surprise guest Justin Bieber, who was also staying at the hotel, when the pop star showed up in the middle of the interview! Johnny's been on the West Coast for the last month enjoying award season with a cameo at the Golden Globes and People's Choice Awards. He skipped out on last night's Grammys, but John Mayer was there channeling Johnny's signature look.

Previous Next Start Slideshow
Johnny Depp
Around The Web