Johnny Depp was decked out in head-to-toe Captain Jack Sparrow gear as he waved to the cameras on set in London today. Filming on Pirates of the Caribbean: On Stranger Tides is going full steam ahead, even without his leading lady Penelope Cruz who took her baby bump out of the UK last week. The production is still quite an undertaking, and local police were needed to help the cast and extras cross the street in Greenwich. Johnny's iconic costume is a welcome site to fans of the Pirates franchise, but it was his regular grungy style and laid-back personality that provided some fun on SNL this past weekend when the new cast members played Johnny in a sketch. 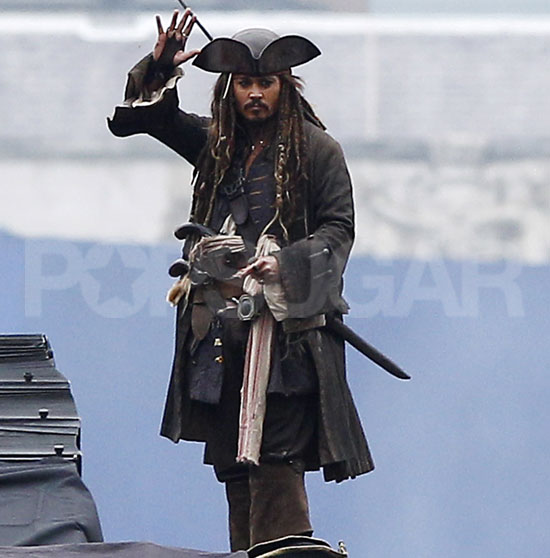