Johnny Depp was decked out in his Jack Sparrow gear yesterday as he got to work on Pirates of the Caribbean: On Stranger Tides in Hawaii. Penelope Cruz stars alongside Johnny in the movie and though she didn't join him on the beachy set, she has been spotted getting in pre-filming bikini time with Javier Bardem. Johnny's family is out on the island keeping him company during his off hours, and they celebrated Father's Day with a scenic helicopter ride. Johnny's currently all about the fourth installment of the Pirates franchise, but he tackled animation in the just-released trailer for Rango. 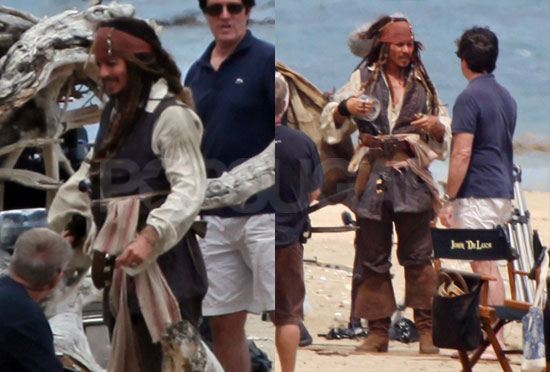