Johnny Depp and Penelope Cruz were costumed up again yesterday to shoot Pirates of the Caribbean: On Stranger Tides in Puerto Rico. Both stars were decked out in flowing tops, and Penelope's loose-fitting garments are unlikely to do much to end long-running rumors about her being pregnant. She's focusing on movie-making while her husband, Javier Bardem, promotes his own project Biutiful at the Toronto Film Festival. Johnny, meanwhile, is continuing to star in front of the camera after a busy year — all his hard work is worthwhile, though, as he was just ranked as Hollywood's highest-paid actor. His schedule won't slow down any time soon, and Johnny's even apparently interested in playing a role opposite his real-life partner, Vanessa Paradis. 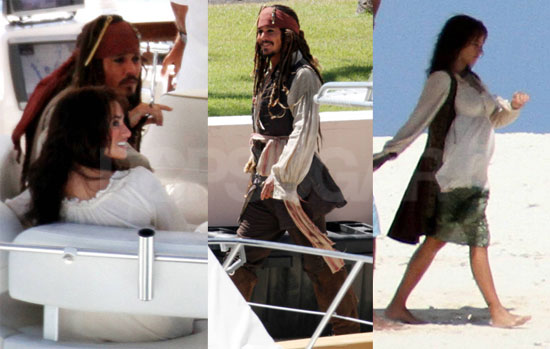