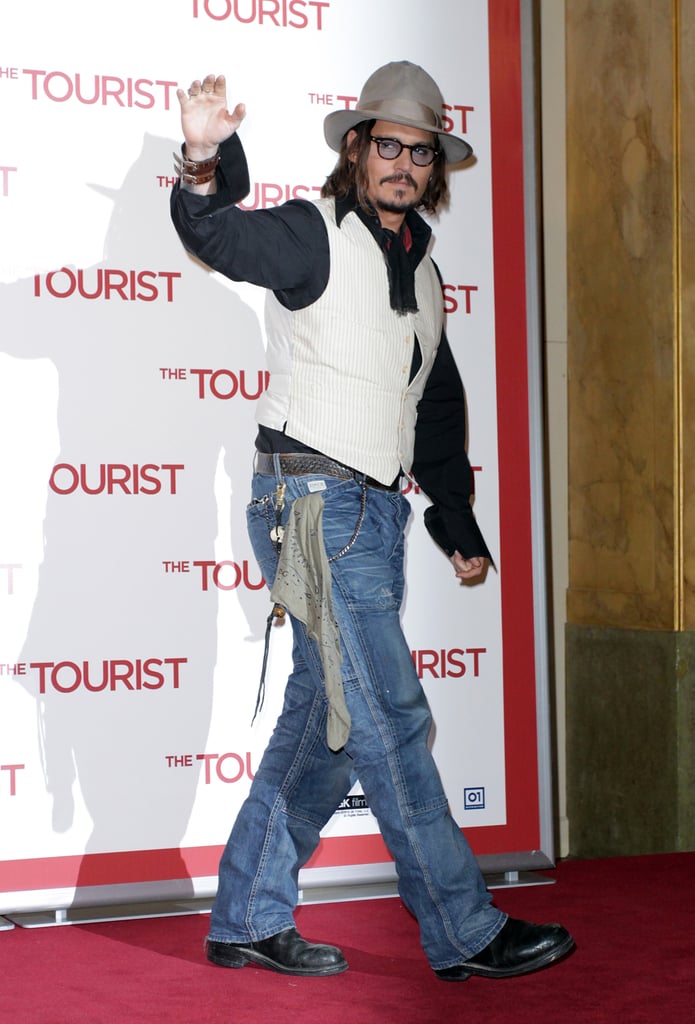 Johnny Depp stepped out in Rome this morning at a photo call for The Tourist with director Florian Henckel von Donnersmarck. The duo headed to Italy following a stay in Berlin, where they joined Angelina Jolie for a photo op yesterday afternoon. Last night was a big one with their film's German premiere, when Angelina addressed her Golden Globe acknowledgment and revealed herself to be just as shocked as Buzz about the nomination. Johnny was also recognized for his role in the movie, and he's up against himself in the Best Actor in a Comedy category due to another nod for Alice in Wonderland. Johnny has lots more roles that can earn him award season love, with his kooky animated flick Rango and Pirates of the Caribbean: On Stranger Tides hitting theaters next year.