It's Monday morning, so here's a special treat — Johnny Depp, served up shirtless! The star headed out to relax by a pool in Hawaii yesterday, wearing just his bathing suit and his hair up in a ponytail. He enjoyed a break from filming Pirates of the Caribbean 4 with his costar Penelope Cruz. The pair were spotted on set last week in their costumes at the beach and later practicing their dance moves on a boat. Johnny arrived on the islands a few months ago to start working on the next installment of his blockbuster series, and there's already a short teaser trailer showing off what he's been shooting. 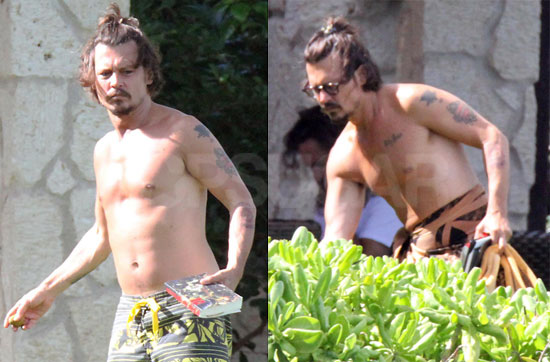